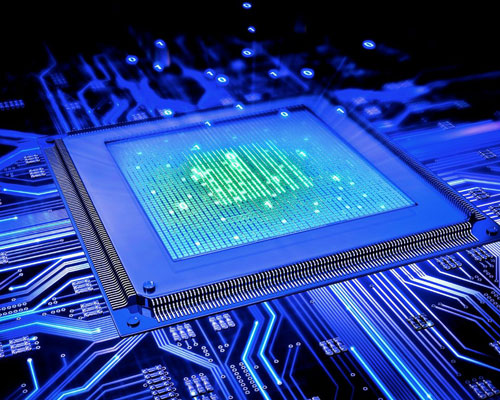 It has been revealed that researchers at Google have discovered two 'serious' security flaws in the processor chips that run virtually all of the world's computers, servers, tablets and smartphones. They affect chips from the leading providers; Intel, AMD and ARM.

These two security flaws have the potential to be exploited by hackers to gain access to personal data including stored credit card numbers and passwords. The first affects Intel chips and has been dubbed "Meltdown". Meltdown affects laptops, desktop computers and internet servers with Intel chips. The second has been called "Spectre" and this, potentially, has a wider reach. It affects chips in smartphones, tablets and computers powered by Intel, ARM and AMD processors.

Usually, details of flaws like these are kept under wraps until manufacturers and software developers have had a chance to develop a patch that mitigates the problem. But this time the information has made its way into the public domain before fixes can be rolled out and this leaves systems vulnerable.

The UK's National Cyber Security Centre (NCSC) said there was no evidence that the vulnerability had been exploited. Intel (which provides chips to 80 to 90 percent of computers and laptops worldwide) says that some fixes, in the form of software updates, have been introduced or will be available in the next few days.

What should you do?

Information from the key manufacturers and software companies is a little hazy at the moment. Microsoft says it will be rolling out patches on Thursday, Apple says it is working on updates for its laptops and desktops and Google states that users of its latest Android devices and Gmail are already patched and that it will be releasing fixes for older phones and Chromebooks very soon.

As ever, the advice from IT companies and cyber security professionals is to make sure that the latest security patches are installed on your devices as soon as they become available.

There are some stories circulating in the media that patches will slow performance of devices, but these are unconfirmed at the moment.

Send us an email